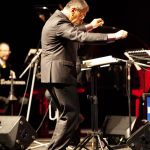 Clarinettist, saxophonist, composer and arranger, he graduates in clatinet in 1982 from Conservatorio di Palermo. Since 1989 he is a teacher in highschool.
Founding member of “Orchestra Jazz Siciliana”, he has been very active in concerts since 1984 until today, under the guidance of many prestigious conductors (Gil Evans, Francy Boland, Bob Brookmeyer, Carla Bley, Mel Lewis, Bob Wilber, Gunther Schuller, Giorgio Gaslini, Bruno Canfora, Toshiko Akiyoshi, Sam Rivers, Ernie Wilkins, Archie Shepp, Paul Jeffrey, etc…).
1988, Festival Internazionale del Jazz di Sanremo;
1989, under the direction of Bob Wilber, national premiere of  ”Queen’s Suite” by Duke Ellington, in the same year he recorded his first album “Orchestra Jazz Siciliana plays the music of Carla Bley”
in 1990 he accompanies Vesta Williams, Cheryl Barnes and Marlena Shaw during “Rassegna Internazionale della Soul Music”;
in 1991, european premiere “Epitaph” by Charles Mingus, under the direction of Gunther Schuller;
to the movie “Il Siciliano” by Michael Cimino
in 1992, a concert by Nathalie Cole, and various concerts under the direction of Giorgio Gaslini;
in 1994, to the review “Suoni del Novecento“, and a worldwide live broadcast in Teatro-Greco di Tindari;
in 1995,various concerts directed by Clark Terry, Pete Rugolo, Lester Bowie;
in 1996, invited by “Società Italiana per lo Studio della musica Afroamericana” for a live premiere of the suite “Porgy and Bess”, directed by Gunther Schuller;
he has an important concertistic activity under the direction of Ignazio Garsia, as with Diane Schuur, Bob Mintzer, Bill Russo, Arturo Sandoval, etc…
in 2003 he plays with Patti Austin and Gregg Field in Teatro di Verdura (Palermo), and in the same year in the Teatro Massimo with Diane Reeves and Gregory Hutchinson, Ruben Rodgers, and Pete Martin.
in 2003 he partecipated to the Joe Castellano Blues Big Band tour playing with Gordon Metz, Lee Brown, Bobby Johnson, Hariett Lewis, and he edited the orchestrations.
in 2004 he wrote “I REMEMBER BILL”
in 2005, concert with Eumir Deodato in the “Blue Brass”
He also played with Stefano D’anna, Mario Raja, Carol Welsman.
For the concert season of 2006-2007 of The Brass Group he played with Rachelle Ferrell, John Pizzarelli, Travis Sallivan, Biilly Childs, Martial Solal, Eliot Zigmund, Bill Moring.
Lately he graduated in Jazz Music, in the Conservatory of Palermo, under the guidance of M°. I. Garsia.
He received the title of “Conductor of Jazz Orchestra”.
He recieves excellent results in international contests and in the italian public and press; he therefore has also been given many remarkable assignements in the sicilian musical context.
In 2015 “The Brass Group” Foundation appoints him “Resident Composer”.
He has been taking care of the band of Salemi, for which he wrote numerous tracks published by the prestigious musical editions “Wicky”, “Scomegna”, “Allemanda”. 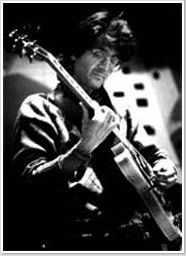 Born 1957, he studied classical Guitar under the guidance of the masters Balestra, Pirrello e Josè Thomas, and improvisation and composition with Ralph Towner. In 1983 he stated to collaborate with Rosa Balistreri, alternating his engagement with the singer and playing in numerous television programmes, offering itself then, in 1986, also as a composer signing the musics for the theatrical work “Aspettando Palermo”.

In the same year he performs next to Gil Evans with the Brass Group orchestra, then in the “Piccolo Teatro” of Milan he accompagnies Balistreri once again. In the Brass Group Big Band we find him again and again, year After year, besides names like Carla Bley, Stewe Swallow, before starting a series of concerts in Germany. His last work as a composer makes him play besides Tobia Vaccaio for the theatrical performance “Polvere“ in 1994. He will soon release a CD that gathers the best of the music that has been composed in the last years. 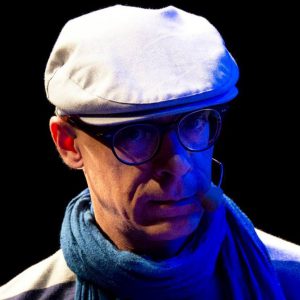 Since mars 2015 he has been Station Manager of The Brass Radio, the intitutional radio of the Foundation. 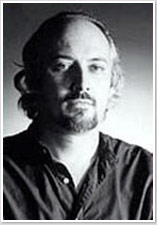 He was born in Palermo in 1959, he started concertistic activity in 1979 and played since then in numerous concerts nationally and internationally; he also participated in television and radio transmissions. In the context of the open contest “Sicilia Jazz Giovani”, in the summer of 1982, he obtains the “Pignatelli” prize for musical composition; in the same period he has been part of an orchestra formed by RAI 3 and directed by Bruno Tommaso.

In september 1984 an international jury proclaimed him winner of the contest “I Nuovi Musicisti” (annexed to the Messina Jazz Meeting) and in this capacity he participated to the “Festival of Jazz Pianist” held in Kaliz, Polonia, december 1984. In february 1992 is released his first CD “Mediterranea Suite”, in trio with Paolino Dalla Porta on the contrabass and Paolo Mappa on the drums, released by Splasch Records. In the context of the “TOP JAZZ 1992”, called by the specialized magazine “Musica Jazz”, he finished fourth in the category “Miglior nuovo talento” (“Best new talent”). 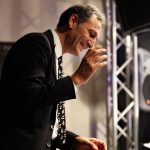 Trumpeter, composer, bandleader, conductor, graduated in trumpet in the V. Bellini onservatory of Palermo. He’s among the most appreciated solists in Europe and he did numerous concerts participating in national and international jazz festivals.
From 1996 until today he’s the Director of Study of the Brass Group Music School e dei corsi Europei d’Orchestra Jazz during which he has been the assistant director of G. Schuller, B. Russo. Since 2003 he has been active as a professor of improvisation techniques and ensemble music at the V. Bellini conservatory of Palermo. There has been numerous discographic productions on his behalf such as “Flavours” and “A Handful o’ soul” (ENJA) with the “I.J.B.B.” of D. Gojkovich.
Concerts: New York (USA); Paris, Nancy (France); Belgrade,(Serbia); Sibiu, Brasov (Romania); Kosovska Mitrovitzka (Kosovo); Katovice, Bielsko-Biala (Poland); Rome, Pescara, Palermo (Italy). 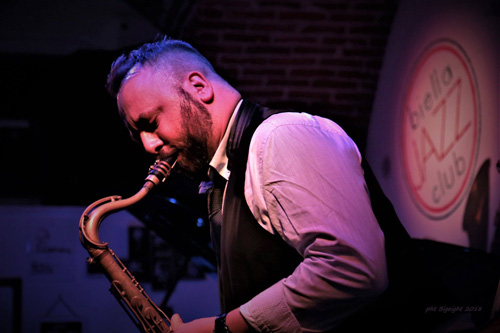 Seamus Blake, among most important tenor saxophonists of the contemporary world stage said of him: “Claudio is a wonderful saxophone player with a deep warm tone. He is full of great ideas and inspiration from jazz history and continues the legacy forward with a Sicilian Flare…”
He graduated with honours in Jazz Saxophone in the “Vincenzo Bellini” Conservatory of Palermo, in little years he has carved out a prominent space for himself in the new generations’ contemporary musical panorama of italian jazz, both as a leader and as a sideman. Indeed, he manages different projects under his name and he collaborates on a continuous basis with some of the best musicians in Italy.
He is actually the saxophonist of the Orchestra Jazz Siciliana and in recent years he performed with national and international artists, as: David Kikoski, Eliseo Loreda Garsia, Fabrizio Bosso, Max Ionata, Enrico Pieranunzi, Roberta Gambarini, Nicole Henry, Halie Lauren, Simona Molinari, Mauro Grossi, Dino Rubino, Seby Burgio, Dario Carnovale, Giorgio Rosciglione, Marteen Weyler, Enzo Zirilli, Gianni Cavallaro, Mimmo Cafiero, Vito Giordano.
Some important awards: Winner of the National Prize of Arts, Jazz category (2013) and finalist for Internazional Prize for Jazz solists of Massimo Urbani (2012).
Festival participations: Rendez Vous de l’Erdre (Nantes), Torino Jazz Festival 2013, Istituto Italiano di Cultura (Nizza) – Pescara Musica Futura – Vittoria Jazz Festival – Messina Sea Jazz Festival – Castelbuono Jazz Festival – Noto Jazz Festival – Sergio Amato – Winter Festival, and others…
His new disk is “JUIU”, produced by the record label Alfamusic and distributed by Egea. 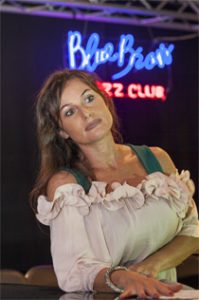 Daughter of art, she starts to study music and classical dance at the age of six.
She graduated in Lyric Singing under the guidance of Elvira Italiano, at the Conservatory “Vincenzo Bellini”. She has been teaching singing for over ten years, she teaches in the Popular Music School of The Brass Group Foundation.
She has been rare in concert activities. In addition to the concerts with the Sicilian Jazz Orchestra, she has inaugurated in 2009 the Solists of La Scala in a concert directed by Alberto Veronesi in the Theater Salvatore Cicero of Cefalù. She also sang with the “Vincenzo Bellini”’s Symphonic Orchestra directed by Carmelo Caruso and she has been protagonist in Palazzo Steri, seat of the Rectorate of “Università degli Studi di Palermo”, of a jazz concert sponsored by “Fondazione Orchestra Sinfonica Siciliana”. 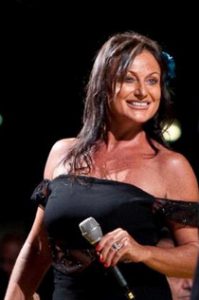 Since 2011 she has been teaching Jazz Singing at the “Vincenzo Bellini” State Music Conservatory in Palermo. Some months ago she had a concert in the “Svetlanov Concert Hall”, Moscow International House of Music. She has been protagonist in Milan of a concert with the Sicilian Jazz Orchestra under the review “Il Ritmo delle Città”.
Recently, in Verdura Theater, she has interpreted the music of Burt Bacharach, accompanied by the Sicilian Symphonic Orchestra in the closing concert of the review “Estate al Verdura 2012”. 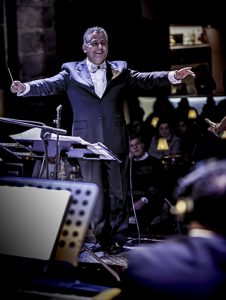 Conductor, Composer, Arranger.
Defined by the critics as “one of the most interesting conductors of his generation” for his complete preparation and his excellent technical qualities, combined with a natural innate musicality, and for his great musical versatility that embraces symphonic, pop and jazz music.

He graduated in Trumpet, and in 2004 he graduated in Jazz Music under the guidance of M° Ignazio Garsia, from Conservatorio V. Bellini of Palermo, in 2010 he graduates in Pescara in Orchestral Conducting with M° Donato Renzetti.
Between 2009 and 2010, he collaborated, as an assistant director for Renzetti, producing various operas and concerts, including Rigoletto with the artistic groups of Teatro dell’Opera of Rome. He has conducted Orchestra Sinfonica Siciliana in a concert entirely dedicated to the musics of Rossini and Mozart. Orchestra Sinfonica Siciliana, in september 2012, commissions him the arrangements and the orchestrations of the artistic project “Tribute to Burt Bacharach” produced and realized with the “Orchestra dei docenti del Conservatorio “V.zo Bellini” and the “Orchestra Jazz Siciliana” in the Teatro di Verdura of Palermo, in which he will work as musical director.